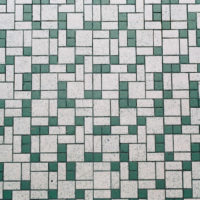 In Long v. Injured Workers’ Insurance Fund, the court considered a case in which the owner of a flooring installation company, a sole proprietor, was injured. Before 2011, the owner had elected to be a covered employee under LE § 9-227. His company did work as an independent contractor for the contractor Ryan Homes. The contractor paid the sole proprietor every week for the hours worked by the owner.

While installing carpet for the contractor, the owner sustained a serious back injury. He was able to come back to work temporarily, but due to the severity of the injury he couldn’t work after fall 2011. According to his attorney, he would be 100% disabled for the remainder of his life. Six months after the accident, the owner filed a claim notice with the Commission.

The claimant filed a tax return for 2011 claiming no wages, although he did declare a business income of $16,879, which represented the sole proprietorship’s net profit. At a Commission hearing, there was a question as to how the Injured Workers’ Insurance Fund (IWIF) calculated workers’ compensation premiums. IWIF had sent a letter trying to get information from the claimant so that it could establish premiums based on his estimate of payroll.

The claimant wrote back, including a form that showed the claimant had represented his gross wages for the year before (2010) as $11,077. His attorney later characterized this as a mistake. IWIF sent the claimant a letter, stating that his premium for 2011-2012 was $2,416, and his premium for the following year would be $2,905. These figures were subject to audit. However, the payrolls for 2010 and 2011 were not audited.

In 2012, the Commission found that the claimant had been hurt in an accident arising out of and in the course of his employment and that he suffered temporary total disability. It also found he had been temporarily partially disabled from September to October 2011. It also found that his average weekly wage was $1,500, subject to verification. Based on this, it ordered $940 in benefits for temporary total disability.

Two weeks later, the claimant asked that the amount of his average weekly wage be corrected to $1,737.11, based on his gross wages for the 14 weeks before he got hurt. The Commission corrected the award before IWIF responded. IWIF asked for a rehearing and at the hearing presented evidence that the sole proprietorship had earned income of $11,747, and it argued that the average weekly wage should be adjusted to $225.90.

The claimant asked for a rehearing, which was denied. He then asked for judicial review. Before the circuit court, both sides asked for summary judgment. The claimant filed an affidavit saying that a representative of IWIF told him his premiums were based on his gross profits of $48,000. The motion judge concurred with the Commission’s order. The claimant appealed.

The Maryland Court of Special Appeal explained that the amount of compensation a workers’ compensation claimant is entitled to recover is usually 2/3 of the employee’s average weekly wage, as long as it doesn’t exceed the state average weekly wage or come out to be less than $25. A sole proprietor who works full-time for his business, like the claimant in this case, can elect to be a covered employee.

The Maryland Workers’ Compensation Act doesn’t specify how an average weekly wage should be calculated if the injured worker is a sole proprietor who is self-employed. The appellate court explained that in other states profits from a business are not considered earnings and can’t be accepted as a measure of loss of earning power unless they’re almost completely a direct result of a claimant’s personal endeavor. In this case, the claimant’s income was the result of his personal endeavor. The appellate court found that under the circumstances, the Commission didn’t err in concluding the average weekly wage should be based on net profits. The judgment was affirmed.

If you are injured at work, you should consult with an experienced Maryland workers’ compensation attorney as soon as possible to avoid losing your claim. Contact the attorneys at Steinhardt, Siskind and Lieberman at (866) 902-4111 or via our online form. We can help you investigate all possible avenues of relief.