When Do Second Injuries Relate Back to First Injuries in Maryland Workplaces? 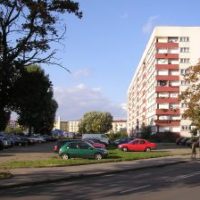 In the 2012 case WMATA v. Williams, the Washington Metropolitan Area Transit Authority (“WMATA”) appealed after the Circuit Court affirmed the workers’ compensation ruling that a worker’s leg injury was causally related to an earlier work injury.

The claimant worked in a physically demanding job as a mechanic for WMATA. His back and left knee were injured at work, and he had to undergo physical therapy for his knee. Before the claimant got his strength back, the physical therapist recommended work hardening, an intensive type of physical therapy.

The work hardening program was at a different location. On the second to last day of the program, the claimant went back to his truck to eat his lunch. After he finished lunch, he was walking back to a session of the work hardening program when a driver in the parking lot backed into him. This resulted in an injury to his right knee. The claimant claimed workers’ compensation benefits for the right knee.

The Workers’ Compensation Commission determined that the right knee injury was causally related to the earlier injury on the job and awarded benefits. WMATA filed a petition for review in circuit court. The circuit court found that the claimant was following a recommendation to do a work hardening program when he was injured and was not working at the time. However, it affirmed the Workers’ Compensation Commission’s decision and found that the injury should be compensated.

WMATA appealed. It argued that an earlier decision, Mackin v. Harris, required the appellate court to reverse. In that case, the claimant was in physical therapy for a workers’ compensation injury and was in a slip and fall on ice while on the way to a session with the physical therapist. The claimant made a second workers’ compensation claim, even though he wasn’t employed by his employer any more. The appellate court referred to a law professor’s explanation that the injury arose not out of employment but out of an activity that would not have been undertaken but for the compensable injury: a “quasi-course of employment” case. Nonetheless, the appellate court found that the fall on ice was not a direct result of the earlier injury and the professor’s note widened the concept of causation too much.

The appellate court in the WMATA v. Williams case explained the rule in Maryland is that there must be a sufficient connection between an earlier industrial accident and a later injury so that the later injury is a direct and natural result of the earlier accident. Otherwise, there is no causation.

The court explained that causation cannot be determined solely by a “but for” test, as suggested by the law professor. Instead, a direct causal connection must exist.

In this case, the claimant was in rehabilitation and was ordered by the doctor to participate in the work hardening program. Although he would not have been at the work hardening program but for the earlier work injury, there was no direct and material relationship between the work injury and the injury from the car backing into him. The second injury wasn’t caused by the first.

If you are injured at work, you should consult with one of experienced Maryland workers’ compensation lawyers as soon as possible. Contact the attorneys of Steinhardt, Siskind and Lieberman at (866) 902-4111 or via our online form. We can help you investigate possible avenues of relief.

By Steinhardt, Siskind and Lieberman, LLC | Posted on September 30, 2014