What Recovery is Possible for Accidents While Driving for a Maryland Employer? 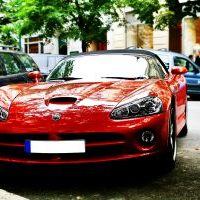 In a recent case, a Maryland appellate court considered a motor vehicle accident in which the defendant, who was driving for his employer, rear-ended the plaintiff. The plaintiff’s car was insured by Progressive; the policy included uninsured/underinsured motorist coverage. The defendant’s car was insured by State Farm and the State Farm policy included third-party liability coverage.

Because of the accident, the plaintiff suffered injuries to his knee and lower back. These injuries were covered by his employer’s workers’ compensation insurance. The plaintiff filed not only a workers’ compensation claim, but also a third-party claim against the defendant and his insurer Progressive for denying him underinsured motorist benefits.

The jury found for the plaintiff, awarding him $91,583.90. The $25,000 payment was deducted and the balance was left owing. The workers’ compensation claim was closed.

If you are hurt while driving for your employer, you should consult with an experienced Maryland personal injury and workers’ compensation benefits attorney as soon as possible. Contact the attorneys of Steinhardt, Siskind and Lieberman at (866) 902-4111 or via our online form. We can assess what the best course of action will be to obtain the maximum recovery for your injuries.