The Going and Coming Rule in Maryland Workers’ Compensation Cases 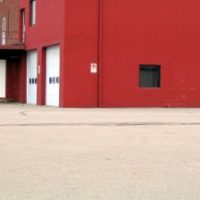 In a recent Maryland workers’ compensation case, a firefighter filed a workers’ compensation claim in which he alleged he had been injured on motorcycle while leaving a physical training session at a high school. He was returning to the fire station where he worked on “light duty” because he had a prior compensable back injury. He worked four 10-hour shifts.

The firefighters were encouraged to do 2 hours of physical training per shift. These were paid training sessions, but the firefighters could train at any location they wanted. During the period of light duty, the firefighter who filed the workers’ compensation claim would come by the station to pick up his mail. This was a usual practice for firefighters on light duty.

On the day of the accident, the firefighter came to the high school in the morning and trained. He went to get his mail by motorcycle. He got into an accident.

The firefighter filed a petition for judicial review. The County denied liability and alleged that the injury didn’t arise out of the course of employment because he wasn’t going and coming to work at the time of his injury. The going and coming rule, which states that a worker is not entitled to workers’ compensation when he is coming and going to work, barred his claim.

The firefighter argued that his injury was compensable and that “but for” his work activities of physical training and picking up his work mail, he would not have been in the location of the accident.

The Court of Special Appeals affirmed the Circuit Court’s decision. It reasoned that the firefighter’s pay for the day began at 7:00 a.m., but he didn’t report to work at headquarters at that time. He was only considered to be “at work” while at headquarters. The majority believed he picked up his work mail on his own time.

The Court of Appeals agreed to hear the case. It explained that a compensable injury occurs in the Maryland workers’ compensation system if it is one that an employee would no have been “but for” his employment while acting on behalf of his employer. It reasoned that the going and coming rule bars benefits for injuries that happen when an employee is on his way to or from his job or at lunch. The firefighter in this case got into the accident while he was on duty and being paid. The appellate court found the firefighter’s injury was compensable.

The Workers’ Compensation Act permits compensation for injuries that arise out of the course of employment. An injury arises out employment if there is a causal connection between employment and injury and “but for” the employment the worker would not have been injured. In this case, but for the firefighter’s participation in physical exercise and getting work mail at the fire station, he would not have been on his motorcycle going from one activity to the other.

The appellate court explained that the firefighter’s supervisors acquiesced to the light duty workers’ practice of picking up mail at the fire station. His travel was incidental to employment and therefore, it was covered by the Workers’ Compensation Act.

If you have been hurt at work, you should report the injury to your employer and consult with an experienced Maryland workers’ compensation attorney as soon as possible. Contact the attorneys of Steinhardt, Siskind and Lieberman at (866) 902-4111 or via our online form.