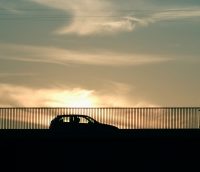 The employee had gotten hurt while helping coworkers lift a wall on a construction job where he was a foreman. He suffered neck and back pain and required medical treatment. He went to several medical appointments in a two-year period, taking a taxi or public transportation each time. He didn’t keep any receipts.

Nonetheless, his lawyer gave him a form to ask for reimbursement. He submitted the form without the receipts. In the round trip mileage column, he simply filled out the number of miles. The insurer and employer refused to reimburse the mileage because he had not receipts for the actual cost.

A hearing was held during which the employee testified he couldn’t remember his mode of transportation at each appointment, but did remember that he didn’t drive to any of them. He also stated that he didn’t want reimbursement of his actual travel cost, but just for the miles traveled based on the Workers’ Compensation Commission’s prevailing rate for mileage.

The Circuit Court granted the motion in favor of the employee. An earlier case had held that the statute didn’t expressly provide for medical reimbursement, but rather the statute was to be interpreted liberally. The court found that it was not disputed that the employee had traveled to get medical treatment and therefore, the employee was entitled to reimbursement based on miles traveled at the prevailing rate.

The insurer and employer appealed. On appeal, they argued the employee needed to produce evidence to support the reimbursement claim. They cited cases from other jurisdictions in which judges did not award compensation unless the employee presented evidence of expenses. They also argued that the miles traveled would not necessarily be the correct rate for reimbursement.

If you have been hurt at work, you should report the injury to your employer and consult with one of our experienced Maryland workers’ compensation lawyers as soon as possible. Contact the attorneys of Steinhardt, Siskind and Lieberman at (866) 902-4111 or via our online form.