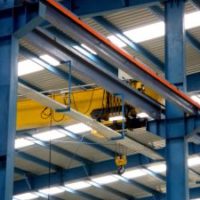 Some Maryland cases involving workplace injury can be complex because they require more analysis than a simple workers’ compensation claim. If a worker is injured while using a defective machine, there may be a product liability component to the claim. This means that the manufacturer of the machine can be held responsible for a worker’s injuries in civil court under a theory of defective manufacturing, defective design, and breach of warranty. There may also be claims against various entities in the distribution chain, including the company that sold the machine.

In the 2010 case of Miller Metal Fabrication v. Wall, an appellate court considered a products liability case. The defendant manufactured machinery. The machine that caused an injury was a brine-filling machine used by food processors. It was commissioned by Country Fresh and fabricated according to the design for a machine manufactured by a company that no longer existed.

Country Fresh custom-manufactured machinery. It commissioned the machine for use in a mushroom processing plant assembly line. It was installed at a facility in Maryland, where it filled buckets of mushrooms with brine.

Three employees would fill buckets with mushrooms and put them on a conveyor belt that took them to the machine at issue. The sensors on the machine would detect the buckets and fill them with brine. The buckets would then continue on the assembly line.

A quality control coordinator tested the mushrooms by taking the bucket off the belt. The plaintiff was a quality control coordinator. She was resting her hand on a table behind the machine. The carriage system came down on her hand and pulled it inside the system to her forearm. Coworkers couldn’t get the system off her arm. She was trapped for 10 minutes before she was finally released. Her injuries included fractures, lacerations, and scars.

She and her husband sued for negligence, strict liability, design defects, manufacturing defects, failure to warn, breach of warranty and breach of merchantability and fitness for a particular purpose, and loss of consortium. The defendant filed a motion for summary judgment, arguing that the defective design claims were inappropriate because it was a contractor and had no liability. It also argued that any risks associated with the machine were open and obvious, and the company had supplied the machine to a “sophisticated user.” Therefore, it had no duty to warn, but Hanover (her employer) did. Similar arguments were raised with respect to the plaintiff’s other claims.

The court granted the summary judgment motion. The plaintiffs appealed, arguing that the summary judgment was in error because there was a disputed fact in each of their claims. The Court of Special Appeals affirmed in part and vacated in part. It held that there was a factual dispute about whether Miller Metal had contributed to the machine’s design. It also held that Miller Metal was shielded by the sophisticated user defense because the plaintiff’s employer was a knowledgeable industrial user with reason to know of the dangers involved in using the machine.

The Maryland Court of Appeals did not reach the issues. Instead, it found that the case was not ready for appellate review. It explained that the trial court should have articulated its findings or reasons to support its ruling that there was no reason to delay certifying the order.

If you are injured due to a defective product at work, you should consult with an experienced Maryland personal injury attorney as soon as possible. Contact the attorneys of Steinhardt, Siskind and Lieberman at (866) 902-4111 or via our online form. We can help you investigate possible avenues of relief.