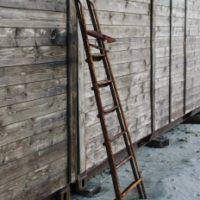 Although independent contractors do not have the right to workers’ compensation benefits in Maryland, there are some cases in which employers have misclassified a worker as an independent contractor when the worker is actually an employee. In Elms v. Renewal by Anderson, the plaintiff (Elms) was a home improvement contractor who owned and operated his own home improvement business that was not incorporated. The business used the business name “Elms Construction Company” and offered window and door installation, roofing, and carpentry. The plaintiff obtained workers’ compensation insurance as a sole proprietor. However, he didn’t include himself on the policy, and his son was the only named employee on the policy.

The plaintiff entered into a relationship with Renewal, a company that performed window and door installation. He installed windows and doors for the company, and he certified that his own construction business carried workers’ compensation insurance. Renewal required the plaintiff and his workers to wear company shirts and plant its company signs in customer yards, and to follow its other policies and rules.

On the first two installation jobs that the plaintiff performed for Renewal, its employees trained his employees in the methods and materials to be used. Subsequently, it reviewed the plaintiff’s installations and required him to make corrections. Renewal also gave report cards to homeowners to rate their installations, and it then offered feedback. The plaintiff believed that he was required to maintain a score of at least 90 percent from customer ratings.

The plaintiff got the vast majority of his income from Renewal, working for the company four days a week. He also performed the same type of work for another business. He didn’t have input into the days worked or time allotted for a job and was scheduled by the company, using its tools. However, the company did not withhold taxes or reimburse his travel expenses.

In August 2008, while installing a window for a Renewal customer, the plaintiff fell from a ladder and hurt his foot. After his injury, he filed a workers’ compensation claim with the Commission, claiming he was the company’s common law employee and that he had sustained the injury in the company’s employ. Renewal argued he was an independent contractor, rather than a covered employee.

The plaintiff petitioned the Maryland Court of Appeal. The appellate court vacated the intermediate appellate court’s judgment and affirmed the lower court. It explained that the plaintiff was an employee of Renewal as a matter of law at the time of the accident.

The first inquiry in determining whether someone qualifies for workers’ compensation benefits is whether there is an employment relationship that qualifies an injured worker under the law. The presumption is that an individual is a covered employee. An employer can overcome the presumption by establishing the individual is an independent contractor. Five factors are considered in Maryland workers’ compensation cases: (1) an employer’s power to select and hire the employee, (2) wage payment and compensation, (3) power to discharge, (4) power to control an employee’s conduct, and (5) whether the work is part of the employer’s regular business.

The level of control that determines whether someone is an employer is partly determined by the amount and type of employee rules and regulations. The appellate court explained that it was clear the company exercise control and directed the plaintiff in how he should perform the work.

If you are hurt while working, you should consult with an experienced workers’ compensation attorney in Maryland as soon as possible. We can help evaluate all your options. Contact the attorneys of Steinhardt, Siskind and Lieberman at (866) 902-4111 or via our online form.