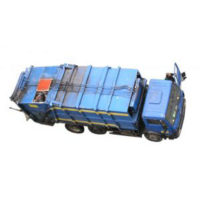 Local government employees in Maryland are restricted in their ability to sue for injuries caused by an employer or coworker. In Blue v. Arrington, a Baltimore City employee (Arrington) hurt another employee (Blue) while they were working at their jobs for the City. The injured plaintiff was working as a Seasonal Maintenance Aide on a garbage truck. He was side mounted on the outside of a truck driven by Arrington. Arrington was on the cell phone, tried to turn, and crushed Blue between a fence and brick wall.

The injured employee received workers’ compensation for permanent disability, medical expenses, and lost wages, but he also sued Arrington for negligence for the same injuries. The plaintiff alleged the coworker owed a duty to operate the vehicle properly and breached the duty of care by failing to properly turn the vehicle while keeping a lookout for Blue.

The city filed a motion to dismiss on its employee’s behalf, relying on the Local Government Tort Claims Act, which prevents local government employees from suing coworkers for tortious acts or omissions that are committed in the scope of employment if Maryland workers’ compensation covers the injury. It argued that the plaintiff’s exclusive remedy was worker’s compensation.

The court granted the city’s motion. The plaintiff appealed, asking, among other things, whether the provision of the Local Government Tort Claims Act violated the Equal Protection Clause of the U.S. Constitution, whether it violated Article 19 of the Maryland Declaration of Rights by denying a remedy, and whether the Local Government Tort Claims Act created a valid exception to the state’s Labor and Employment Article, which allows third-party suits against coworkers.

The plaintiff argued that his equal protection rights were violated because local government employees as a class were denied the right to sue coworkers for tortious conduct, even though non-local government employees could do so under Maryland labor laws. The appellate court explained that the Fourteenth Amendment doesn’t permit the making or enforcement of laws that deny equal protection.

Court use different standards of review to determine whether legislation violates the equal protection guarantees of federal or state law. Generally, legislation is presumptively valid if a classification is rationally connected to legitimate state interests. This means that classifications are not overturned unless the varying treatment of the groups is unrelated to achieving a legitimate purpose such that it’s irrational.

Another standard of review is the strict scrutiny test, which is used when there are distinctions made on suspect criteria or when a legislative enactment infringes on fundamental personal rights. Suspect criteria are such categories as race, citizenship, and national origin. If a classification is based on such categories, the statute must be narrowly drawn to obtain a compelling government interest.

The third standard of review is “heightened scrutiny.” This is applied when a statute’s classifications are based on “quasi-suspect” criteria. Some quasi-suspect criteria include sex-based criteria, illegitimacy, and the right to practice law by a former judge. The question in those cases is whether the statute serves important governmental objectives and is substantially related to achieving those objectives.

Similarly, the appellate court found that the statute didn’t prevent a local government employee from suing a coworker when the tort was outside the scope of employment or when the employee wasn’t eligible for worker’s compensation. The appellate court affirmed the judgment of the lower court.

If you are hurt at work, you should consult with an experienced Maryland workers’ compensation attorney as soon as possible. Contact the attorneys of Steinhardt, Siskind and Lieberman at (866) 902-4111 or via our online form. Although it wasn’t appropriate in the above case, you may have grounds to file a personal injury lawsuit in civil court. We can help you investigate all possible avenues of relief.

By Steinhardt, Siskind and Lieberman, LLC | Posted on April 6, 2015