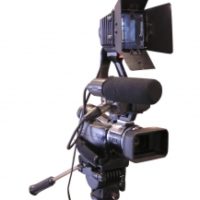 If you make a claim for disability to an insurer, you should be aware that some insurers conduct video surveillance to assess whether you are being truthful about your injuries or disabilities. They also sometimes check on your social media updates. In a recent case a plaintiff sued Life Insurance Company of North America (LINA) for cancelling his long-term disability benefits. LINA counterclaimed against him to recover an alleged over-payment of $57,527.60 in long term disability benefits. Both filed motions for summary judgment in federal district court.

For three years the plaintiff had worked as a sales rep for an electronics business. The business offered employees a long-term disability plan governed by ERISA. The claim administrator was LINA, which had to administer benefits claims as a fiduciary in accordance with all relevant instruments.

In 2001, the plaintiff hurt himself while lifting boxes and computer parts at work. He stopped working in 2002 because of cervical disc disease, migraines, and facet arthropathy. A few months later his claim for long term disability benefits was approved with monthly benefits of $5225.00.

A surgeon performed a cervical decompression surgery and fusion on the plaintiff in 2002. He came back for several follow-up visits, but then didn’t see the surgeon again until 2007. In the meantime, he was treated by a variety of doctors. Medical records from the visits showed he suffered migraines, dizziness, back pain and impaired ability to concentrate, all of which were caused either by spine disease or medications the plaintiff took. A doctor opined he was permanently disabled.

The plaintiff was awarded social security disability insurance benefits based on the disc disease and migraines. He submitted a disability questionnaire to LINA noting he didn’t waken until noon, took sleeping pills, was dizzy, suffered severe headaches, couldn’t drive or lift, and was cognitively impaired by his medications.

LINA hired an investigator to conduct video surveillance of its insured. The video showed the plaintiff left his house at 7:30 a.m. on three days and showed he could drive around Washington D.C. for long stretches. It also showed other activities, including conference attendance, which belied the statements he had made to the insurer.

The plaintiff submitted a letter from the conference to show that though he was supposed to moderate the panel, he wasn’t able to perform due to medical problems. He had sat in the back of conference, not participating due to his medical problems.

The plaintiff appealed. LINA denied the appeal. The plaintiff filed a second appeal, submitting extra evidence to show his cervical disc disease had worsened. In 2007, the doctor opined he was totally and permanently disabled. A second doctor concluded the same.

LINA hired another independent physician consultant (Dr. Mehalic), to review his case. The consultant concluded the earlier finding of no disability was right, but that the plaintiff was now disabled as of 2007. LINA nonetheless denied the second appeal. The plaintiff filed a lawsuit in federal court.

The court found there were no genuine disputes of material fact and that therefore, one party was entitled to summary judgment. It explained that under the LTD plan, he was disabled in 2005 if he was unable to perform all material duties of the occupations for which he was qualified or could be qualified or if solely due to injury he wasn’t able to earn more than 80% of his indexed covered earnings. He had to provide evidence of disability.

In response to the medical evidence provided by the plaintiff, LINA argued the video surveillance showed he wasn’t disabled. It conceded the plaintiff was disabled as of 2007, but argued this was irrelevant.

After reviewing all materials, the court found the plaintiff had presented evidence of a continuous disability from the start date of his LTD disability benefits to the present. Among the factors the court found that supported this view was the disability finding by the SSA. With respect to the surveillance video, the court noted it wasn’t clear from the video what the plaintiff did after entering buildings and the fact he could drive a little bit didn’t prove he was able to work full time.

Although the court found LINA had erred, it did not find bad faith. Moreover, the court did require the plaintiff to reimburse LINA for the SSDI benefits he had received.

If you have been disabled and need to make a long term disability insurance or SSI claim, you should consult with an experienced Maryland long term disability attorney as soon as possible. Contact the attorneys of Steinhardt, Siskind and Lieberman at (866) 902-4111 or via our online form. Unlike many other disability attorneys, we can help you determine all possible sources of compensation or benefits available assist you.