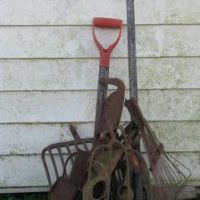 In a recent case, a Maryland appellate court looked at how an injured worker’s permanent partial disability benefits are capped. The question was whether they were capped by the state average weekly wage in effect on the injury date, or the state average weekly wage for the year when the worker’s permanent partial disability benefits started.

The worker in the case was hurt in 1998, but he argued that his award should be based on the state average weekly wage for 2000, since that was when he established his right to an award for permanent partial disability. The Workers’ Compensation Commission rejected this argument, as did the Circuit Court and Court of Special Appeals.

The worker asked the Court of Appeals to review the case. The Court of Appeals agreed with the lower and intermediate appellate court that the applicable rate was the one in effect on the worker’s injury date. It explained that every year, the Maryland Department of Labor, Licensing, and Regulation decides what the state average weekly wage will be. In this case, the worker was awarded 185 weeks of benefits.

The worker had suffered an injury while working for Potomac Abatement. He was granted a two-part award for temporary total disability to be paid retroactively up to January 2000. He was also awarded permanent partial disability benefits that would be paid for the period starting in January 2000.

The court heard the matter and denied the motion. It found that his body was 37% impaired, rather than 30% impaired. The court vacated the award and sent it back to the Commission. The worker asked the appellate court to reverse the judgment.

The worker thought the ambiguity in the cap should be resolved in his favor. However, the appellate court relied on prior case law that held that the state average weekly wage of the year of the accidental injury would be used to determine a permanent partial disability award. The date of injury generally controls the benefits received. The date of disability in an occupational disease has the same purpose as the date of occurrence in a personal injury negligence lawsuit.

If you have been hurt at work, you should report the injury to your employer and consult with an experienced Maryland workers’ compensation lawyer as soon as possible. Contact the attorneys of Steinhardt, Siskind and Lieberman at (866) 902-4111 or via our online form.