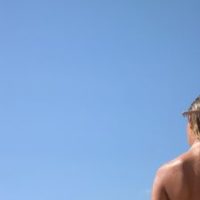 In the unpublished case Tanner v. Social Security Administration, the Fourth Circuit Court of Appeals considered a case in which the Social Security Administration had twice denied a claimant’s disability insurance benefits claim. The case arose when the claimant, a special education teacher, got in between two fighting students. Her shoulder, neck and upper extremities were injured. She received medical treatment for a wide range of physical and mental ailments in 2006, including PTSD and depression.

The agency held a second hearing, and again the claimant’s claim was denied. The claimant filed suit in district court and made the same arguments she’d made in her first suit. However, the magistrate judge in this case recommended the court uphold the denial of benefits, and declined to look at the claimant’s challenges about the combined impairments. The judge reasoned these arguments were already rejected and came in second to the claimant’s main area of concern, the assessment of medical opinions. The district court agreed that the previous decisions were “law of the case” and incorporated the magistrate judge’s evaluation into his decision. The claimant appealed.

The Fourth Circuit agreed with the Commissioner that any error was harmless. It explained that the “mandate rule” prevents lower courts from considering questions that the higher court’s mandate had already put to rest. Under the law of the case rule, when a prior decision states the “law of the case” it must be followed in later proceedings or on a later appeal. The only time it need not be applied is if there is a subsequent trial that results in very different evidence, the controlling authority has made a contrary decision of law that is applicable, or the prior decision was clearly erroneous.

Even if the lower court had considered all the arguments against the administrative judge, the Fourth Circuit found reversal would have been inappropriate. The claimant had challenged the administrative judge’s determination that she was not credible about her subjective complaints of pain. In the Fourth Circuit, there is a two-step process for evaluating a complaint of subjective pain. The first step is to look at whether there is objective evidence that could reasonably produce actual pain to the degree claimed. The second step is to look at the persistence and intensity of the pain and the degree to which it affects the claimant’s ability to work. The second step looks at all evidence including the daily activities of the claimant and any medical treatment used to relieve the claimant of pain.

While claims of subjective pain cannot be totally dismissed when there isn’t objective evidence of pain, the claims of subjective pain don’t need to be accepted if they are inconsistent with the objective evidence. In this case, the administrative judge noted that the claimant self-reported wide-ranging activities, sometimes claiming she was able to do babysitting or chores, and sometimes claiming she couldn’t do her earlier hobbies. The administrative judge also found other inconsistencies. For this and other reasons, the Fourth Circuit affirmed the district court’s judgment.

Social Security Disability Insurance claims can be challenging to win and require close adherence to the rules of the Social Security Administration. An experienced Maryland Social Security attorney may be able to help you secure benefits. Contact the attorneys at Steinhardt, Siskind and Lieberman at (866) 902-4111 or via our online form. We can help you investigate all possible avenues of relief.

By Steinhardt, Siskind and Lieberman, LLC | Posted on April 6, 2015