Assumption of Risk in Maryland Slip and Fall Cases 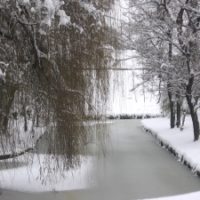 In a 2011 case, a woman sued an apartment management company (defendant) for her personal injuries after a slip and fall on black ice outside her apartment complex. The woman had to use a flight of stairs to get to the parking lot where she kept her car. There was a second back exit that led to a dirt area. The front of the apartment didn’t get sunlight and therefore, the ice in that area during the winter melted very slowly.

One morning, she left her apartment to go to work and saw patches of snow and ice. When she got home from work, she saw that the sidewalks were only wet rather than icy. Later that night, she left her apartment to pick up her granddaughter and slipped on black ice that she didn’t see on the stairway. A neighbor came to help her. She slipped also, but did not fall on the black ice. The woman had a compound fracture in her leg.

She filed a slip and fall negligence action against the apartment management company. At trial, a forensic architecture expert testified that the particular sidewalk allowed ice to accumulate when snow melted on it and refroze.

The Court of Special Appeals affirmed the ruling. The Court of Appeals reviewed the trial court’s decision. It explained that under the Maryland Rules of Court, if a defendant moves for judgment based on an affirmative defense (like assumption of risk) the trial judge has to decide if there is any shred of evidence that creates a question the jury should decide.

In this case, the lower court’s decision was only appropriate if all of the evidence could only lead to the conclusion that the plaintiff assumed the risk of her injury. The plaintiff argued that the ruling would bar all tenants who slipped and fell on ice in a common area of their apartment complexes from recovering.

The Court of Appeals explained that usually assumption of risk is a question for the jury unless the plaintiff fully knew the risk of danger and understood it. The court explained that the question was not whether the plaintiff knew that ice was present. Rather, the assumed risk was stepping onto an unknown surface, aware that it might be icy. In order for assumption of risk to apply, the plaintiff had to know that the risk was actually present, not that it might be. The court explained that knowledge could only be imputed to the woman in this case where there was undisputed evidence that she had physically interacted with or sensed the actual dangerous condition. In this case, the plaintiff had seen no salt, nor maintenance activity. This could just as easily lead a jury to find she had no knowledge of the invisible ice. The appellate court reversed the lower court’s ruling.

If you have been hurt because of somebody else’s negligence, you should consult with an experienced Maryland personal injury attorney as soon as possible. Contact the attorneys of Steinhardt, Siskind and Lieberman at (866) 902-4111 or via our online form. Unlike many other personal injury attorneys, we can help you determine whether other benefits are available to assist you as well.