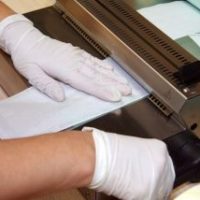 Statute of limitations issues can play a big part in your lawsuit. In medical malpractice lawsuits especially, it is important to consult an attorney as soon as you are aware you might have a claim. Your attorney will likely need time to retain an appropriate expert and review your medical records before you file your complaint, which narrows the window to bring your lawsuit even further.

In a recent case, the Maryland Court of Special Appeals considered whether a medical malpractice case dismissed because the plaintiff failed to attach an expert’s report could be re-filed. Under Subsection 5-119(b) of the Courts and Judicial Proceedings Article, also known as the “savings provision”, a plaintiff whose medical malpractice lawsuit has been dismissed once without prejudice for failure to file a report may re-file the action of claim within 60 days of the date of dismissal, even after the statute of limitations has run. This provision doesn’t apply if you are a plaintiff who voluntarily dismissed your own case.

In this case, the plaintiff was referred to a general surgeon after an abnormal mammogram. The surgeon performed a biopsy, which confirmed she had breast cancer. She chose to have a lumpectomy performed by the surgeon. In two post-operative visits, she complained about redness, swelling and discomfort in her breast where the surgery was performed. The doctor didn’t prescribe any treatment for these problems, which persisted.

Eight months after the surgery, the plaintiff’s oncologist found she had developed an infection in her right breast at the site of the lumpectomy. For the following nine months, she reported to a hospital to have the dressing changed, but the infection just got worse and she eventually had to have her right breast removed.

After the surgical removal, she filed a claim with the Health Care Alternative Dispute Resolution Office against the surgeon. She filed it with a certificate of a qualified expert as required by law, but did not attach the report of an attesting expert, which was also required. This oversight was never fixed.

The plaintiff waived arbitration and sued the doctor in circuit court for negligence, breach of contract and loss of consortium. The doctor answered the complaint. Three months later, he moved to strike the certificate of qualified expert and to dismiss the complaint. Before a hearing was held on the motion to dismiss, the parties stipulated to a dismissal without prejudice of the entire lawsuit.

The plaintiff filed another claim with the Health Care Alternative Dispute Resolution Office against the doctor less than two weeks later. This time, she filed both a certificate of a qualified expert as well as the expert’s report. She waived arbitration again and again filed a lawsuit in a different circuit court.

The doctor again moved to dismiss on the grounds that the claim was now barred by the statute of limitations. The court denied the motion at first, but during a second motion for reconsideration, the court found that the savings provision was limited and didn’t apply to voluntary dismissal. The court found that the plaintiff should have gone to the hearing and permitted the court to dismiss her claim. Since the plaintiff had voluntarily dismissed her action, she wasn’t entitled to re-file. The plaintiff appealed the decision.

The plaintiff argued on appeal that her first claim was not voluntarily dismissed by her but by a stipulation executed by the parties. She claimed that the limitation in the law that precluded the savings provision from being used in the context of voluntary dismissal only applied to unilateral voluntary dismissals, not bilateral agreements such as voluntary stipulation.

The appellate court explained that the statutory section in question applied only where a claimant had failed to attach a report of an attesting expert to the certificate of qualified expert in a medical malpractice lawsuit. When the failure to attach was the reason for dismissal, the plaintiff could start a new civil action against the same party within 60 days even outside the statute of limitations period. The preclusion provision read in connection with Maryland Rule 2-506 showed that a voluntary dismissal by stipulation counted as a voluntary dismissal by the party who filed the suit. Therefore, the plaintiff had voluntarily dismissed her claim and she was precluded from renewing the claim after the statute of limitations ran. The appellate court noted that if the stipulation signed by the parties had included language that she would be free to re-file her claim under the savings provision, it might have reached a different result.

If you are hurt due to medical negligence, you should consult with an experienced Maryland personal injury attorney as soon as possible. Contact the attorneys of Steinhardt, Siskind and Lieberman at (866) 902-4111 or via our online form.

By Steinhardt, Siskind and Lieberman, LLC | Posted on August 13, 2014
Skip footer and go back to main navigation