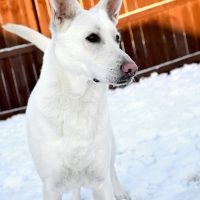 Up until last spring, Maryland loosely followed what is sometimes called the “one bite rule.” This meant the owner of a dog that bites someone might not be held liable if the bite was the dog’s first bite. An otherwise peaceful dog would get one bite that would not result in owner liability. However, the dog owner was liable to somebody who got bitten by the dog when the dog had a dangerous or vicious propensity, which was known to the owner. Therefore, a dog owner could be held liable if the dog routinely attacked others, even if no actual dog bites had ever occurred.

In April 2014, Maryland passed a new law enacting limited statutory strict liability for dog bite cases. Under the new law, the owner of a dog can be held strictly liable unless he can prove that he didn’t know nor should have known of the vicious propensities of the dog.

In other words, there is now a rebuttable presumption that the owner did know of the dog’s vicious propensity, since the burden of proof is now shifted. It is not up to the victim to prove that the owner actually knew of the vicious propensity if the dog is running at large and bites her, but instead it is up to the owner to show he didn’t know. To strengthen this presumption, the new law says that if the case is going to trial, the judge cannot rule as a matter of law that the presumption has been rebutted before the jury renders its verdict.

The owner of the dog can be held strictly liable for injury or death to a person caused by a dog except where the victim trespassed, committed a criminal offense against somebody, or provoked the dog to bite. In general, an owner can defend himself or herself by showing that the victim was attempting to trespass or attempting to commit other crimes. The new law still allows a victim to sue on the basis of negligence, negligence per se, and other statutory causes of action that may apply to a particular situation. It also allows the defendant to defend on all available theories.

This new law makes it easier to sue and recover damages from the owner of a dog that bites you. However, it is still possible to bring suit under a theory of negligence or negligence per se. This might be appropriate in certain cases where the owner is able to rebut the presumption that the dog has vicious propensities, but where the owner has done something else that is unreasonable. For example, if a dog owner brought a dog that she could prove had never caused injury or behaved dangerously to a preschool children , and the dog bit a child, it might be appropriate for the child’s parents to sue under a theory of negligence. In general, if a child is four years old or under, he or she cannot be found guilty of contributory negligence, the defense that a victim’s own negligence was partly to blame for his or her injury.

If you are bitten by somebody’s dog or other animal, you should consult with an experienced Maryland personal injury attorney as soon as possible. Contact the attorneys of Steinhardt, Siskind and Lieberman at (866) 902-4111 or via our online form. We can help you investigate possible avenues of relief.

By Steinhardt, Siskind and Lieberman, LLC | Posted on September 18, 2014
Skip footer and go back to main navigation