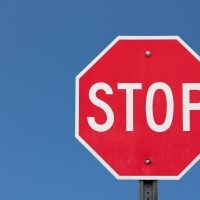 In a recent case, a Maryland driver and passenger sued Dorothea Maynor, the driver of another car, for negligence. Maynor sued the mayor and City Council of Baltimore. The case arose when Maynor was driving in Baltimore City and entered an intersection without stopping because the stop sign was on the ground and not in the proper standing position. She hit a car driven by Agnes Stokes, who was driving with passenger Bertha Stokes.

The police who responded to the accident noted that the stop sign was on the ground. Maynor’s insurance company notified the City Solicitor of her potential claim under the Local Government Tort Claims Act (LGTCA), which requires a claimant to file notice within 180 days of a tort that could result in a claim against a city. The LGTCA provides a remedy for members of the public who are injured by tortious acts of employees of local governments.

The City moved for summary judgment, arguing Agnes Stokes, Bertha Stokes, and Maynor had failed to comply with the LGTCA’s notice requirement. The judge denied the motion on the grounds that the letter from Maynor’s insurance company was enough to inform the City of the claims. He also found that Bertha Stokes had good cause for not complying.

At the end of trial, Maynor and Agnes Stokes moved for judgment, and these motions were granted. The jury only decided the City’s liability, and it returned a verdict for the claimants.

The original driver filed a cross-appeal, asking if the trial court had erred in directing a verdict for Maynor and the passenger. The appellate court reversed.

The appellate court explained that neither Agnes nor Bertha Stokes had filed a Statement of Claim as to property damage with the City in the way that Maynor had. In order to maintain a civil action against a local government or its employees, an injured party needs to provide notice to a designated government official within 180 days of the injury.

In general, even when a plaintiff fails to strictly comply with the notice requirement, if he or she can demonstrate substantial compliance, he or she can proceed with the lawsuit. Substantial compliance means a plaintiff gives some kind of notice that provides timely notice of facts and circumstances giving rise to the claim and fulfills the purpose of the notice requirement, which is to give a local government notice of its possible liability. A plaintiff must expend some effort to provide notice.

In this case, the plaintiff tried to rely on a third-party’s notice (Maynor’s notice). The claimants had no relationship with State Farm such that it could give notice on their behalf. The Stokes plaintiffs argued that the State Farm letter referenced the police report, which identified them. However, they made no effort to comply with the notice provision, so it was error for the court to find they had substantially complied.

If you are hurt in an accident caused by somebody else’s negligence, you should consult with an experienced Maryland personal injury attorney as soon as possible. We can help evaluate all your options. Contact the attorneys of Steinhardt, Siskind and Lieberman at (866) 902-4111 or via our online form.